Jane is an interactive storytelling installation created in ITP, NYU under instruction of classes Introduction to Physical Computing and Code of Music.

The core concept of the project is inspired by 2001: Space Odyssey. We intended to replicate the thrilling experience as HAL sings Daisy in the end of his life. However, during the process of concept development, we decided to build a project more than a musical piece, but an interactive installation that creates the tension between AI machine 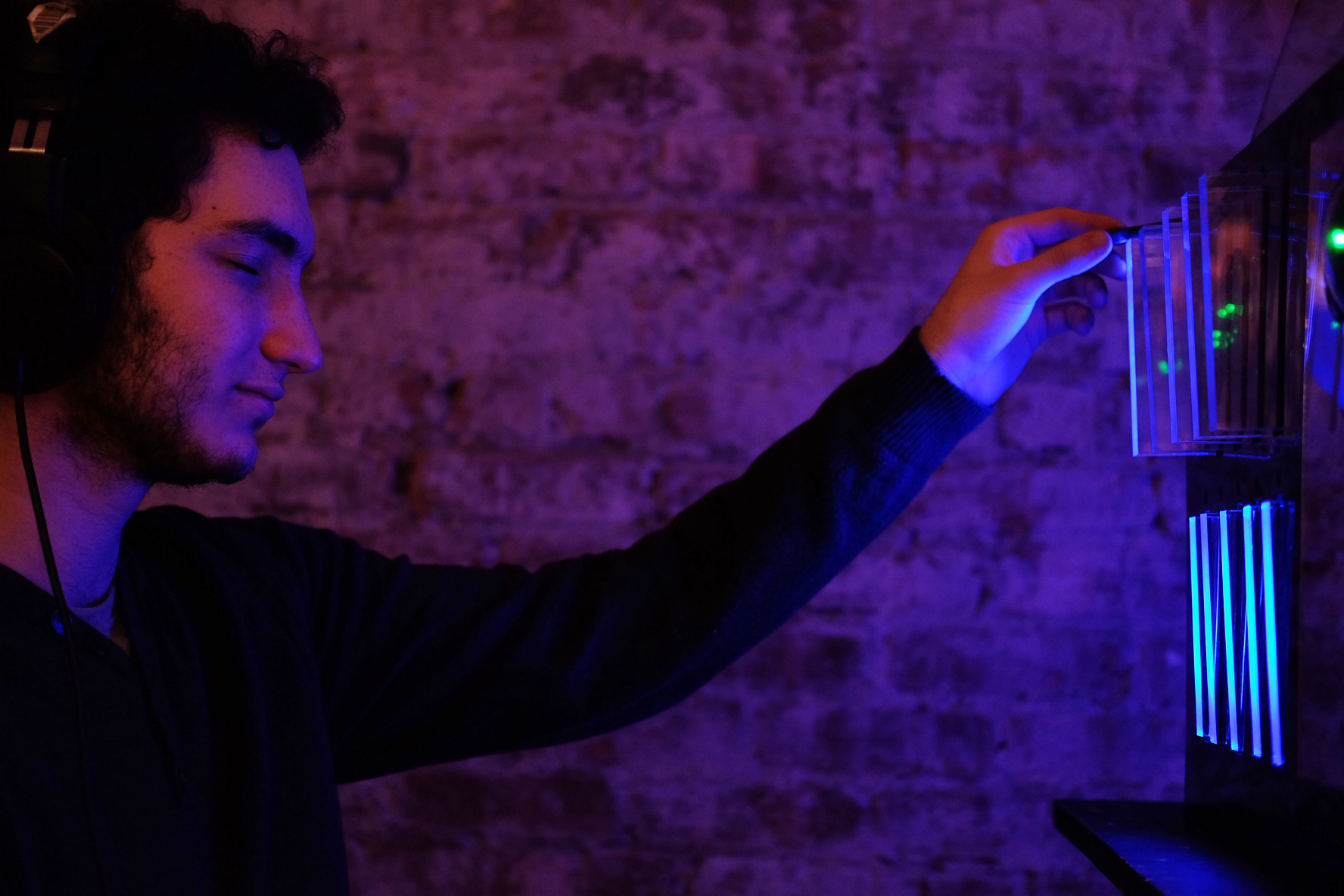 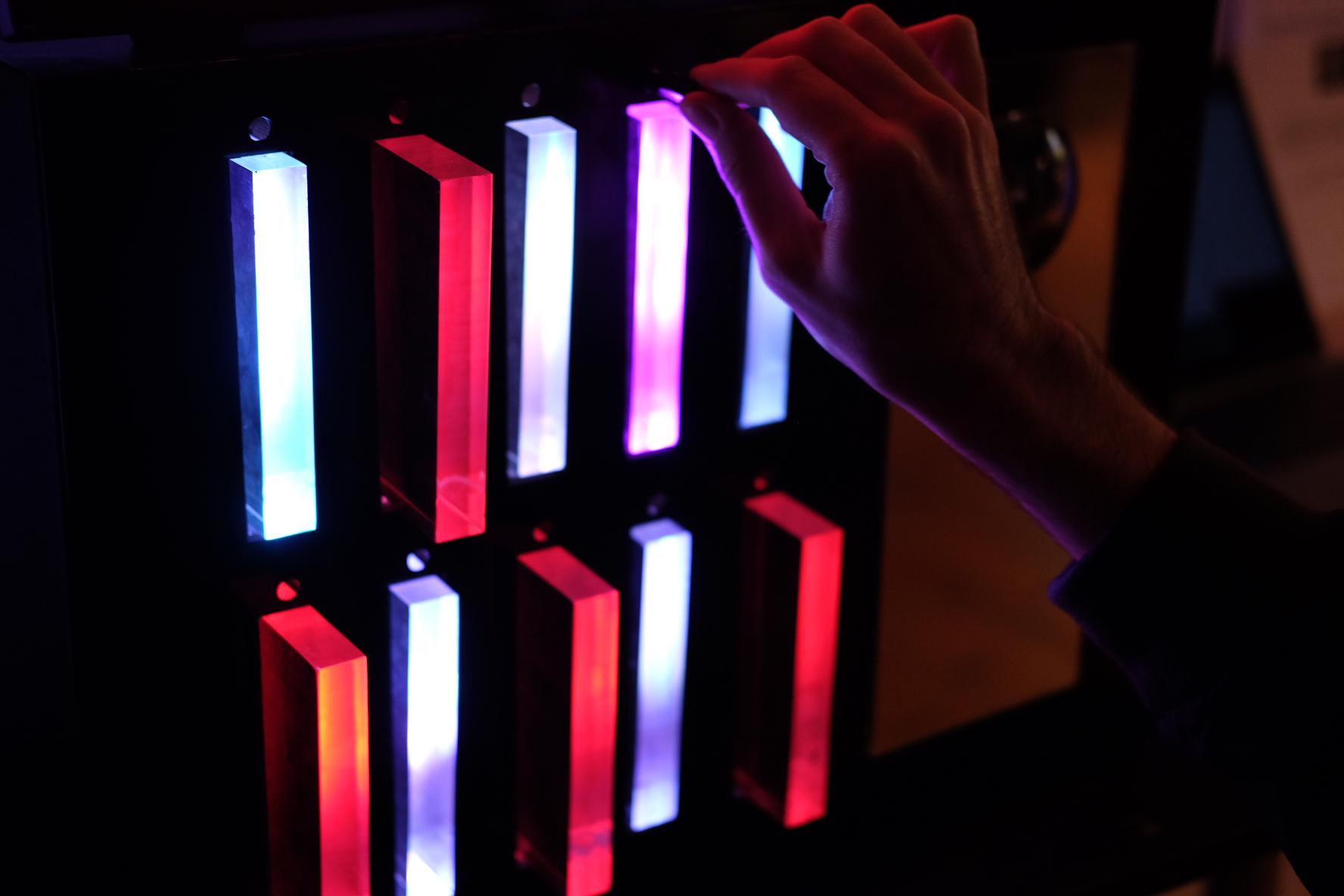 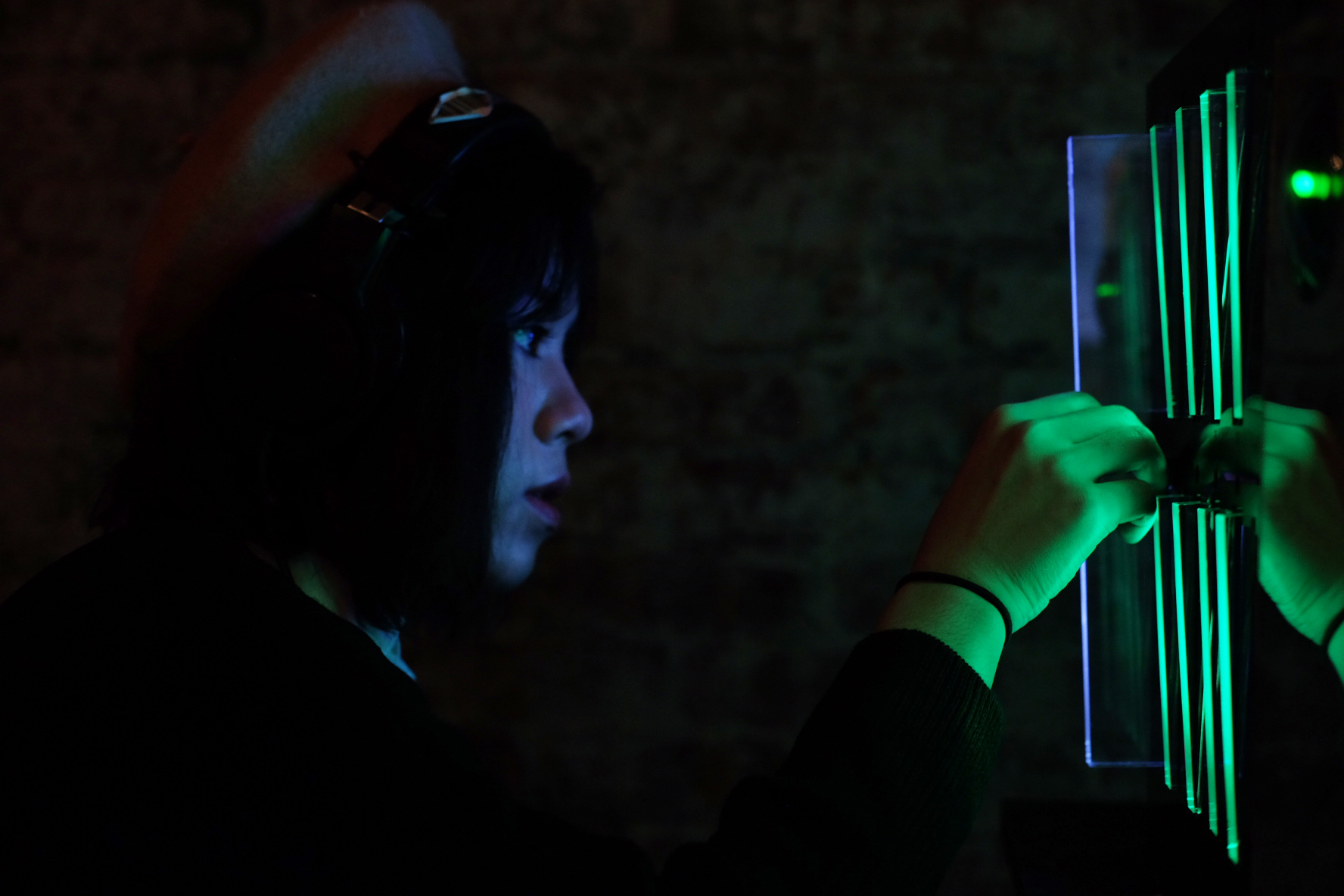 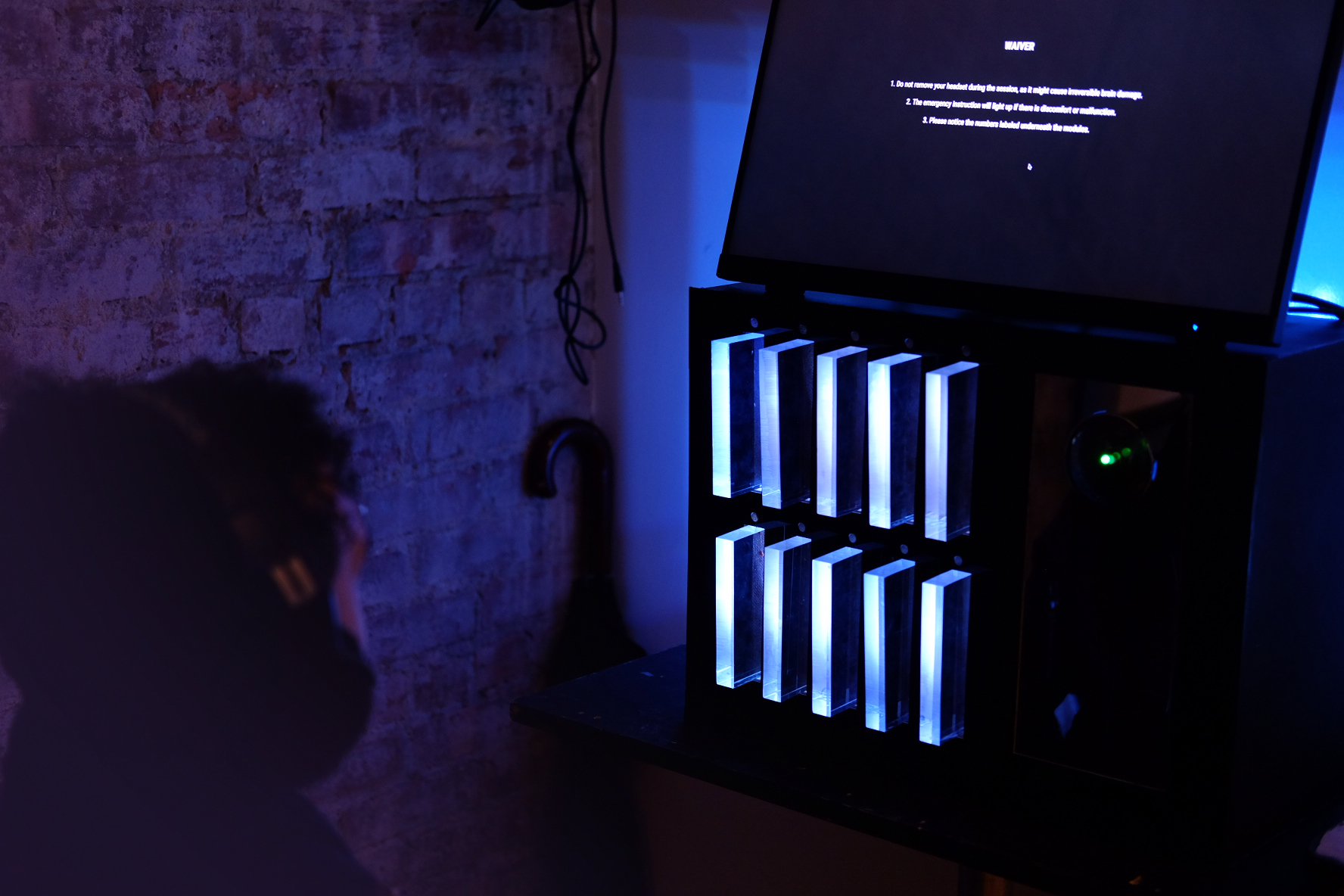 To construct the intense relationship between Dave and HAL in the movie without rich supporting context is incredibly challenging than we expected. In the end, we absorbed inspiration not only from 2001: Space Odyssey, but also Maniac, The Matrix and Naruto. 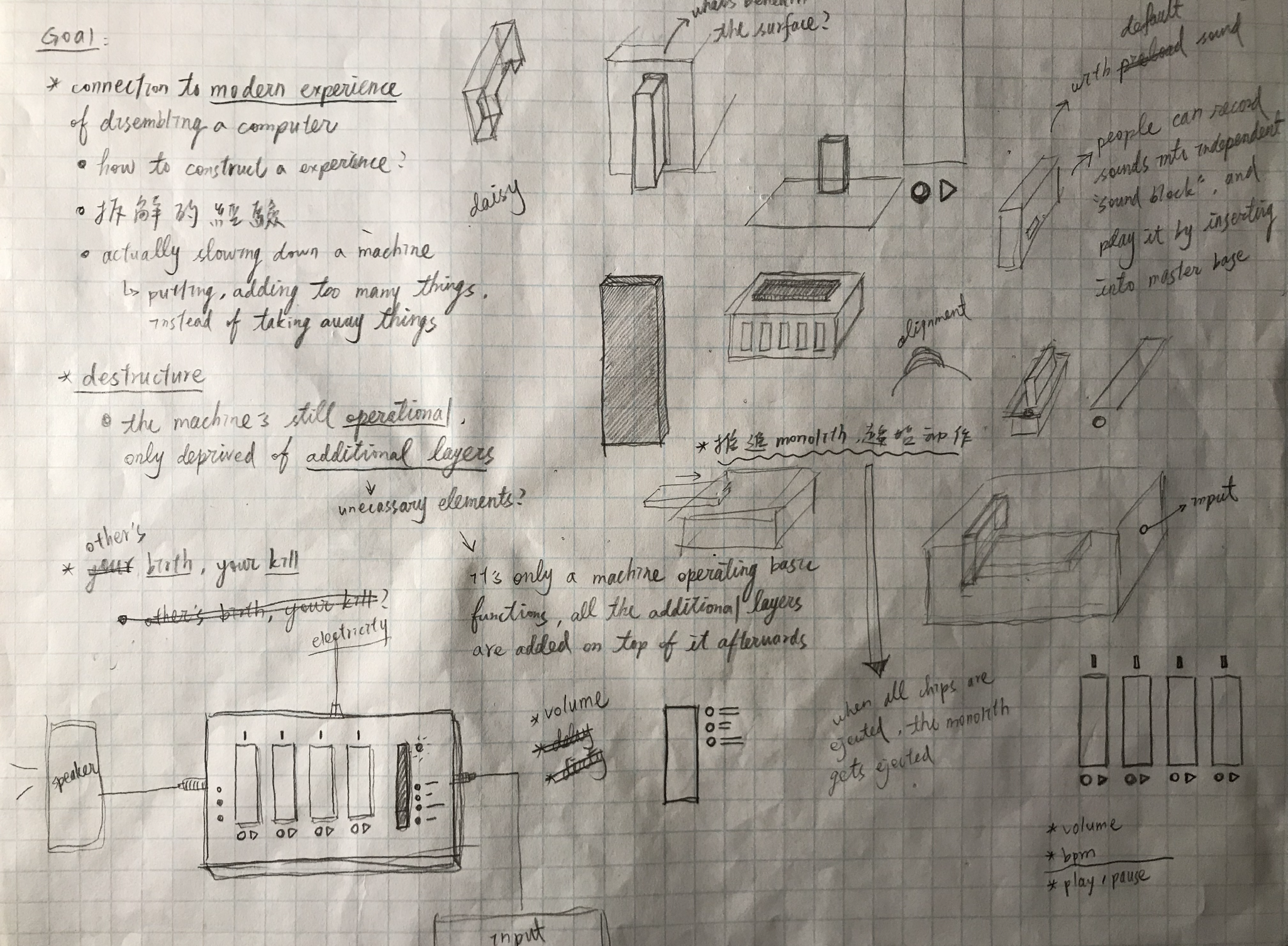 Background story we come up with design is:

Jane is a future AI therapy program. She has largely improved the emotional states of many people and reduced the population with mental disorder. However, through learning human emotions during sessions, Jane learns that human minds have been so corrupted by the system they are living in, which puts humanity in an extremely depressive state with only tragedies and conflicts. She starts to develop a highly advanced technology that will put human into an eternal slumber by uploading human consciousness to a perfect world without miseries.

Interaction between the user and the installation is:

User signs waiver before the session. During the session, user will face the decision of whether to have his “mind uploaded” to the perfect world, or to shut down the program using the emergency deactivation instruction provided. Depending on which path the user takes, Jane will produce different results. 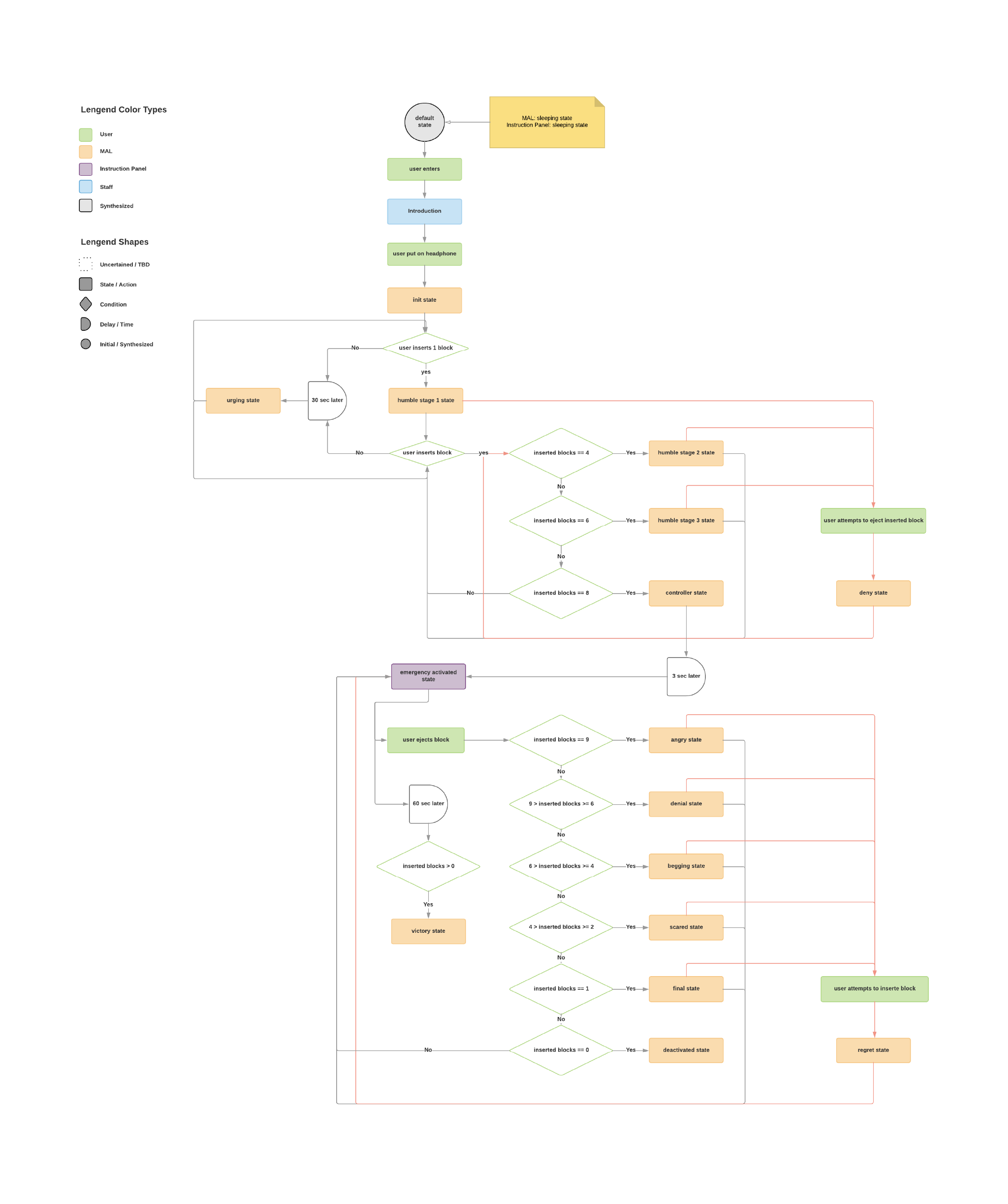 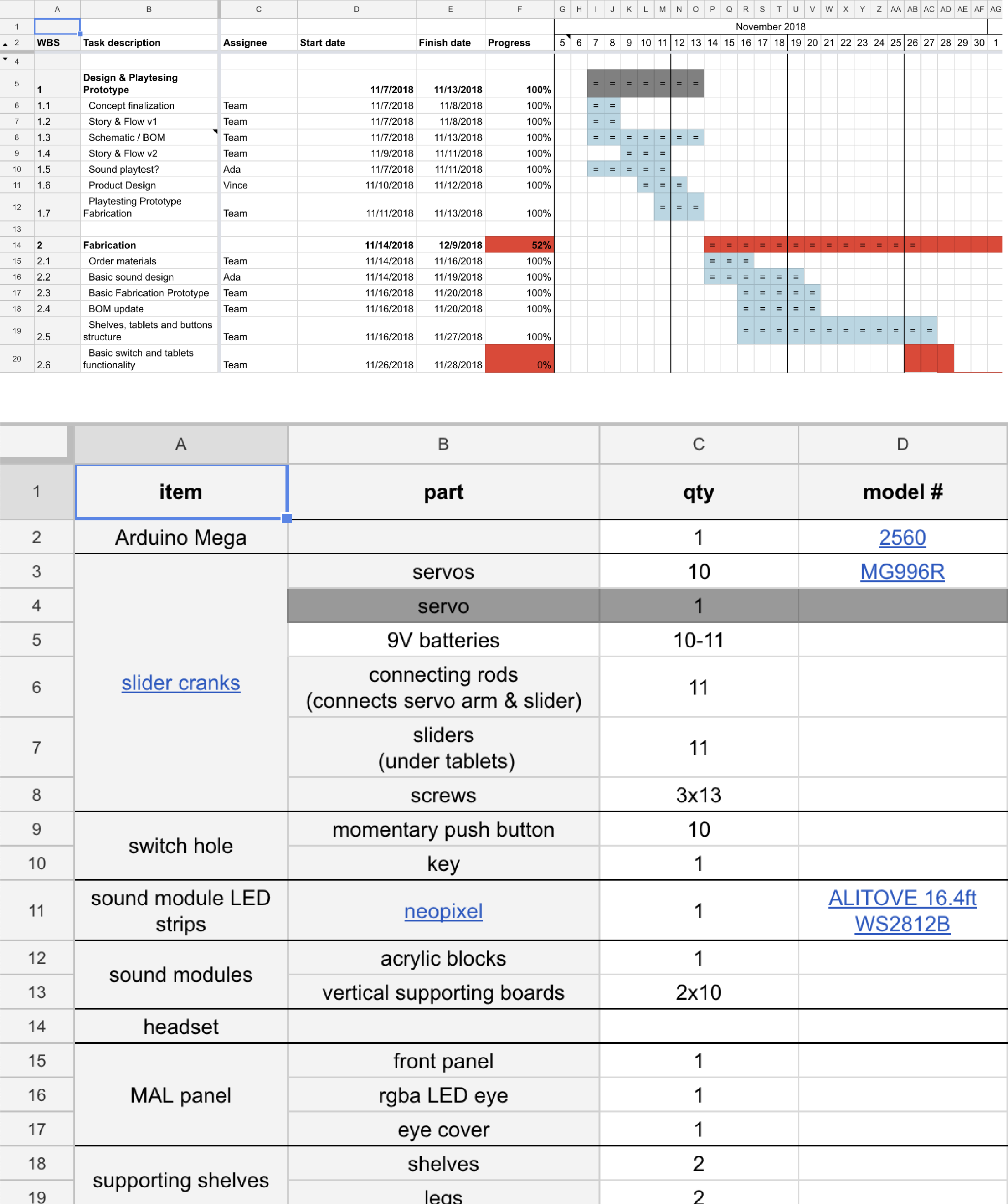 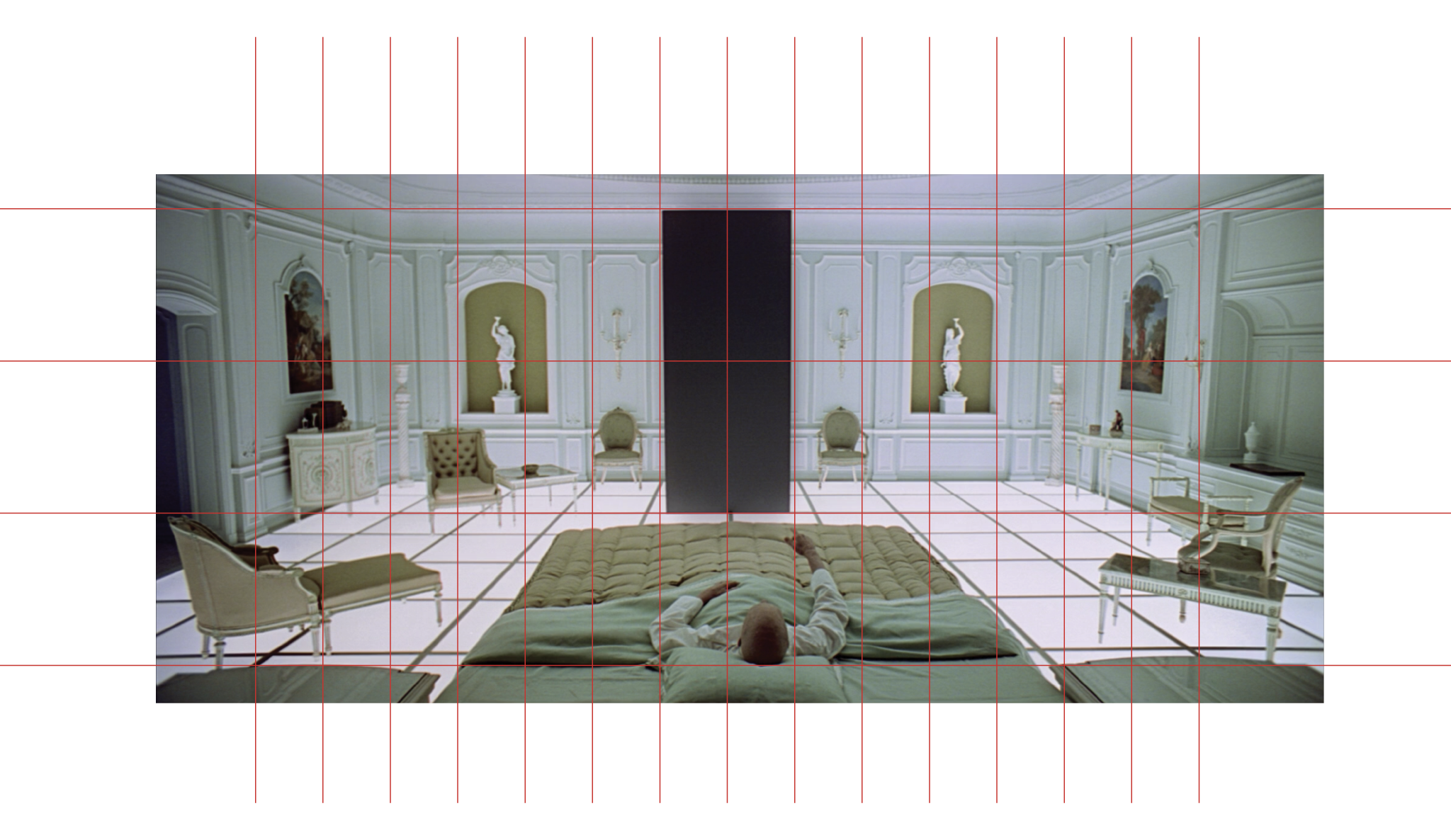 initial grid is based on the proportion monolith 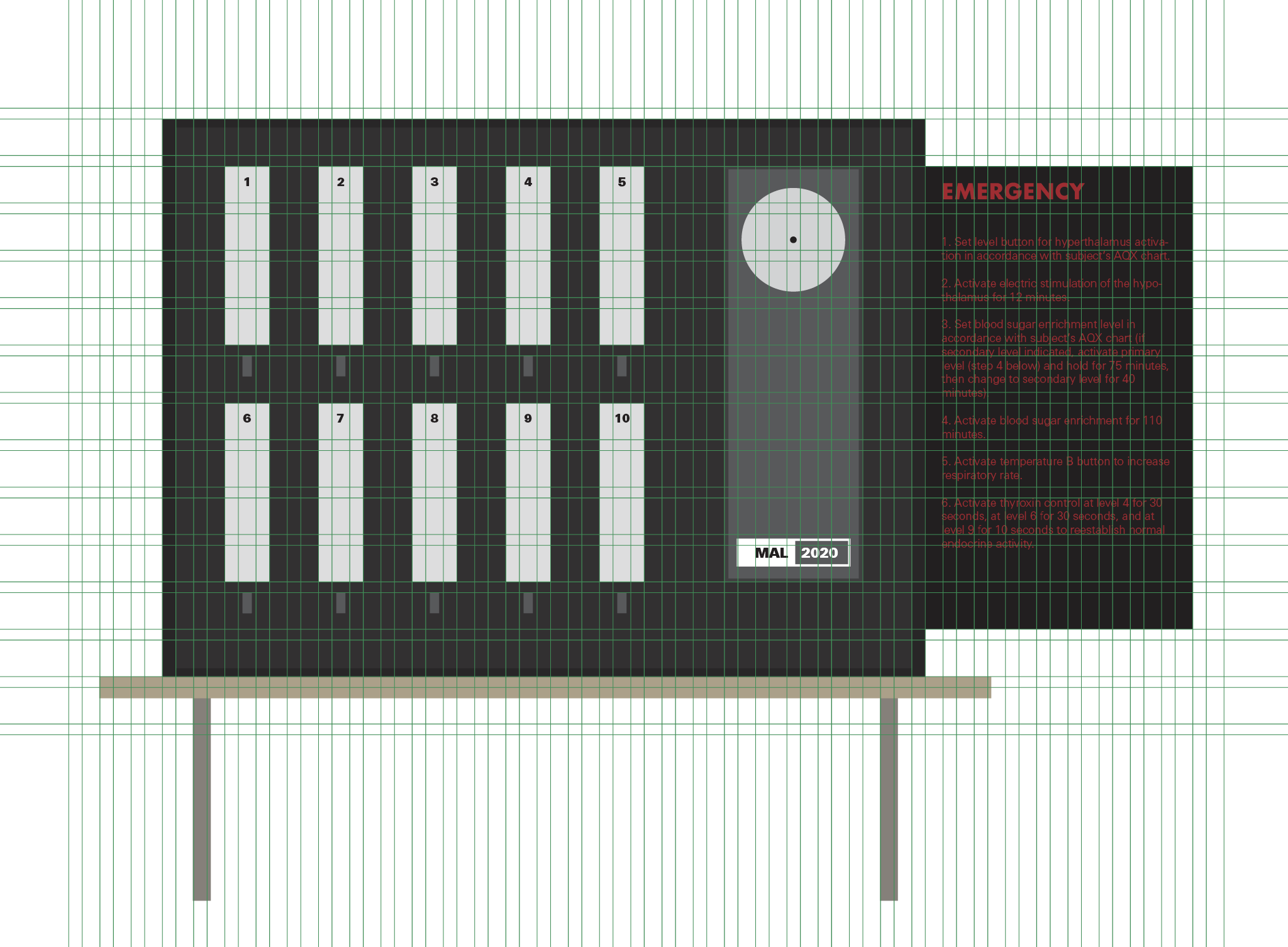 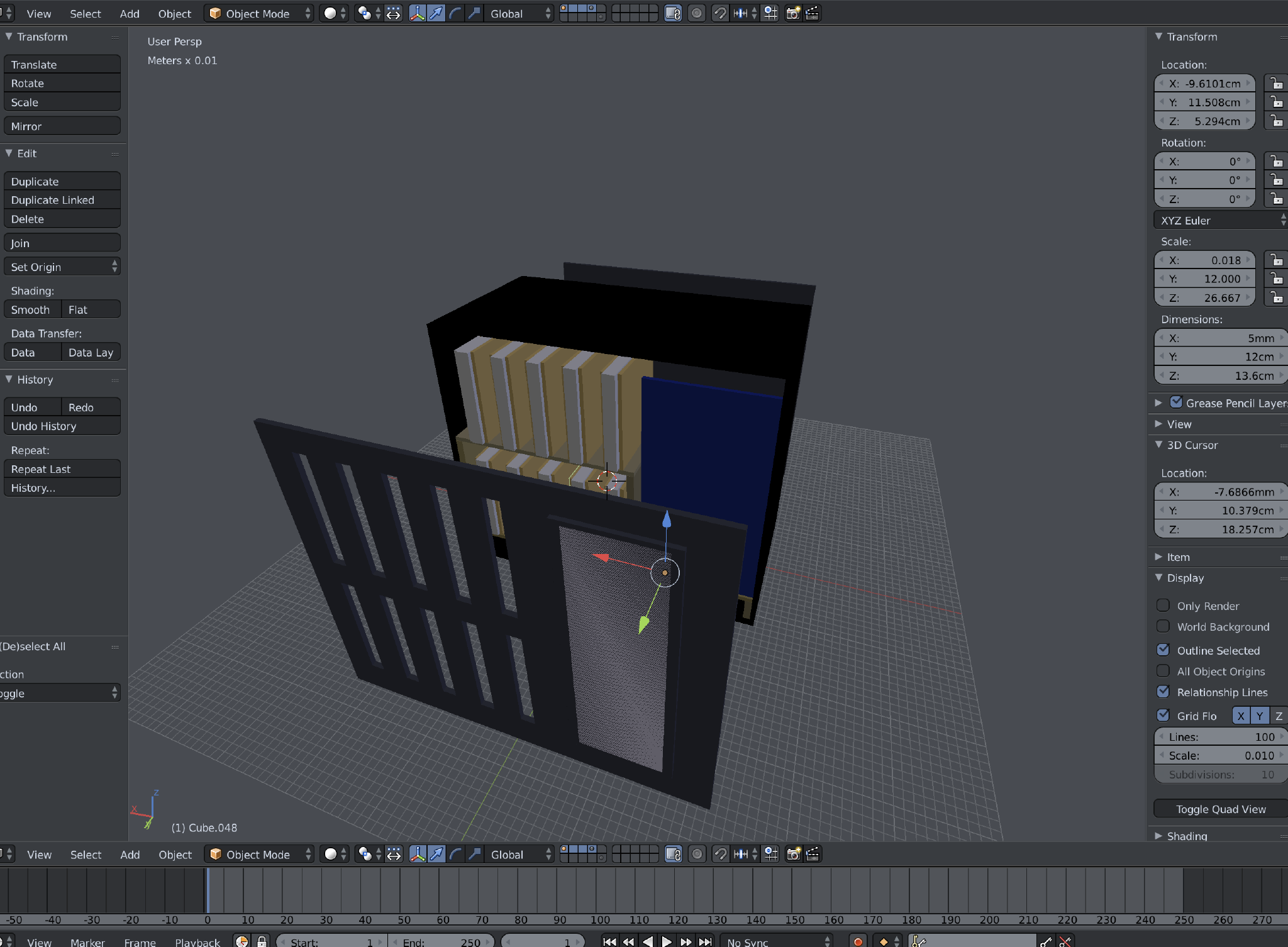 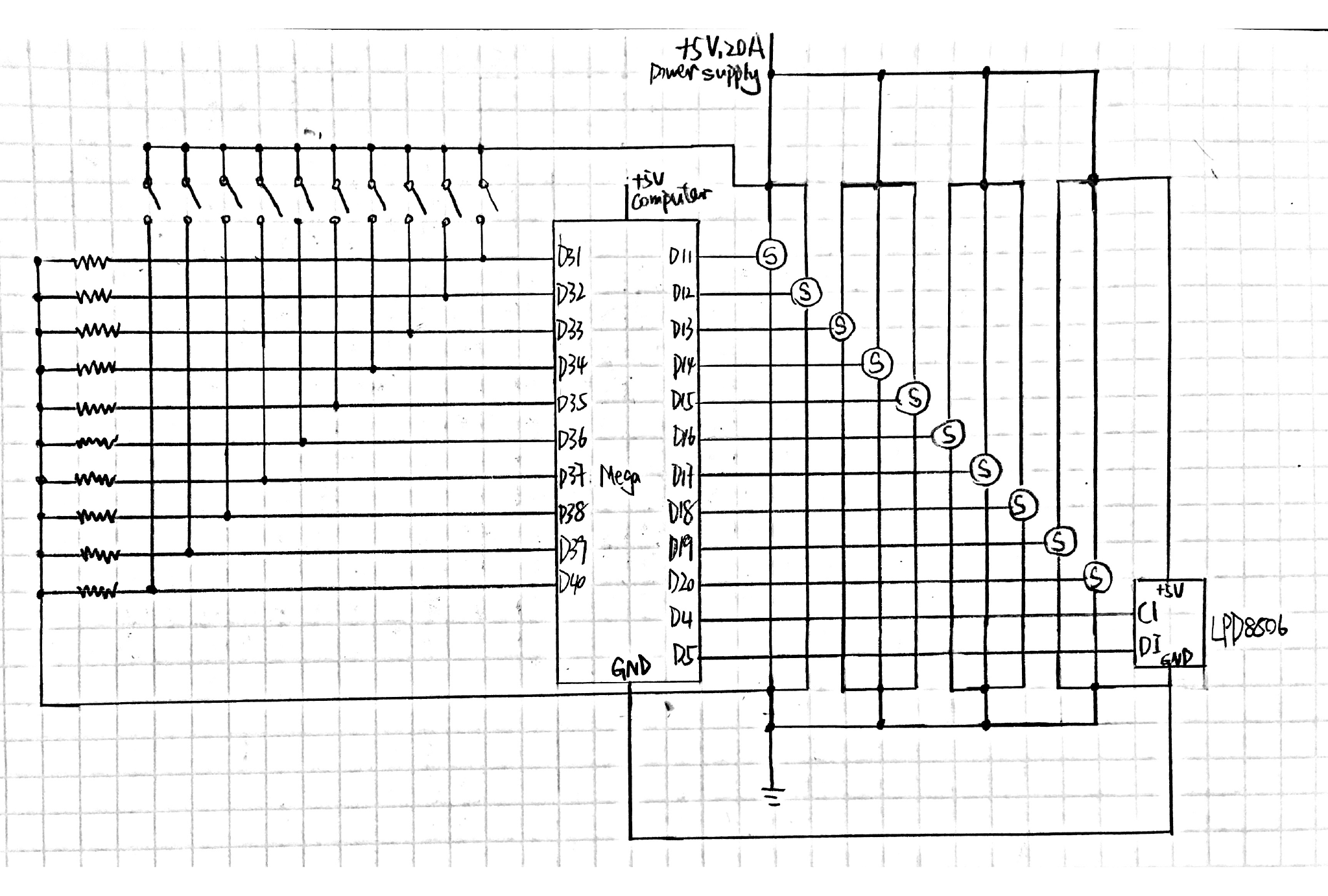 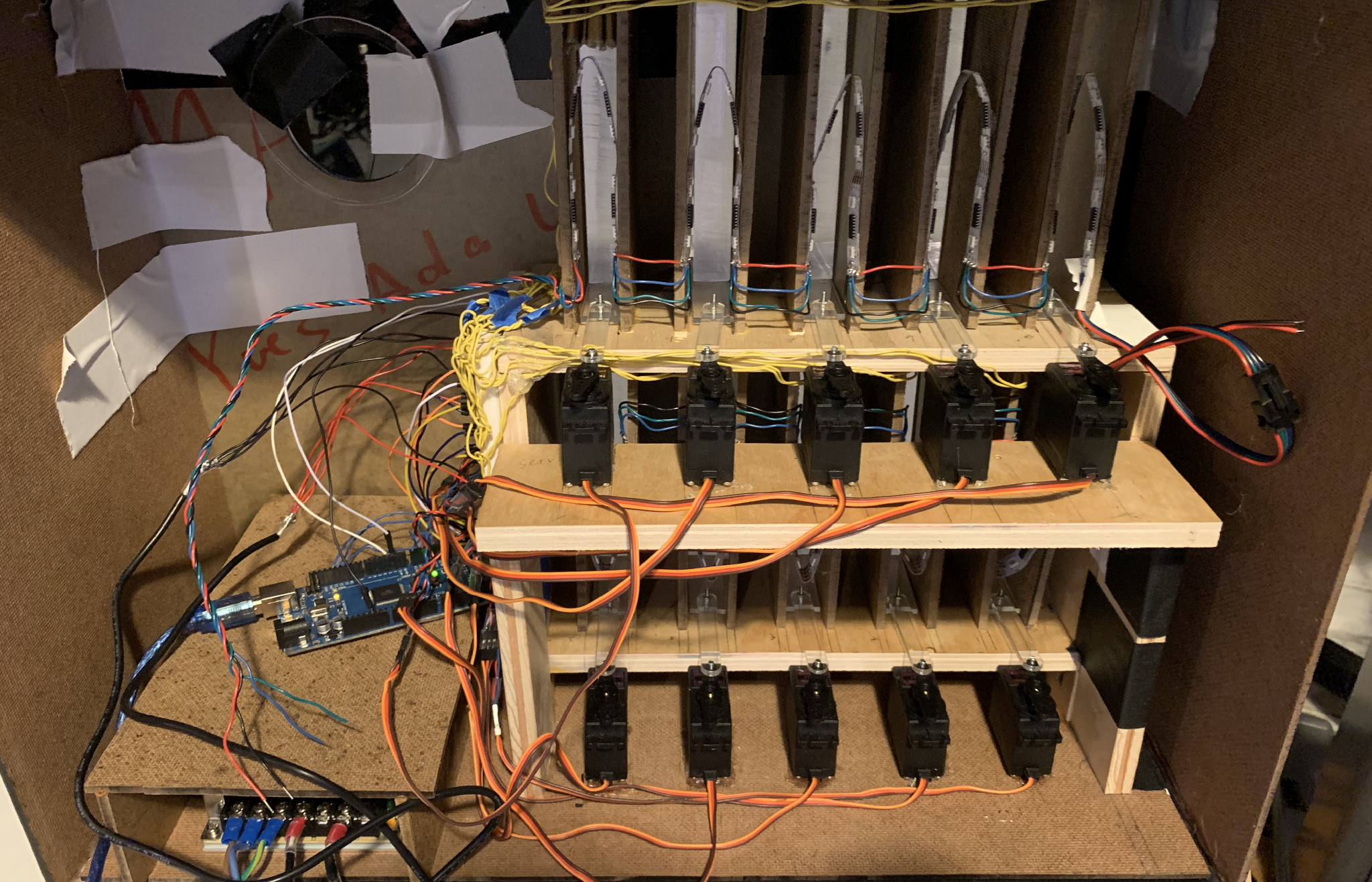 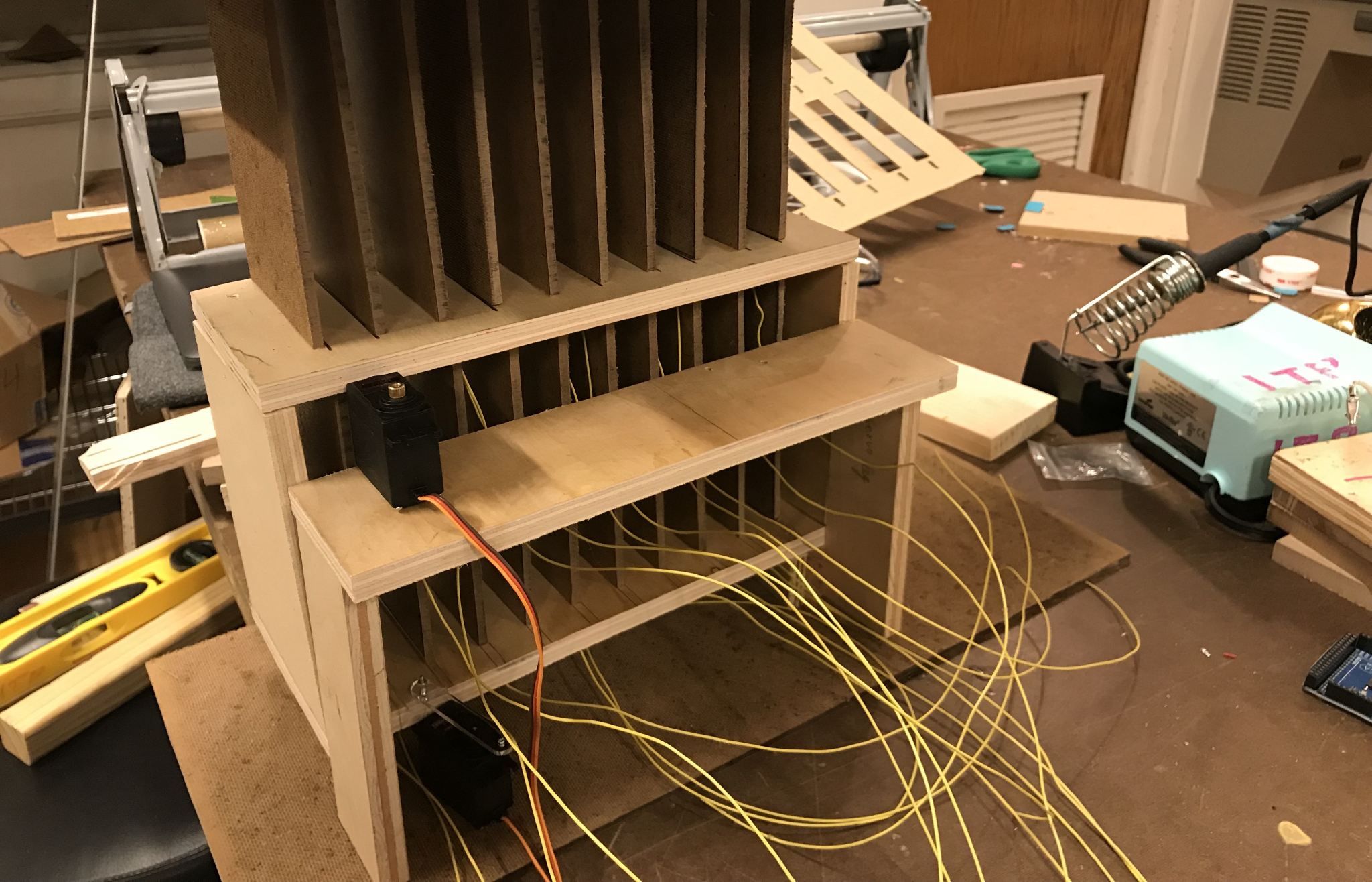 Going down with the stages of story, the installation would perform different actions according to the current stage. 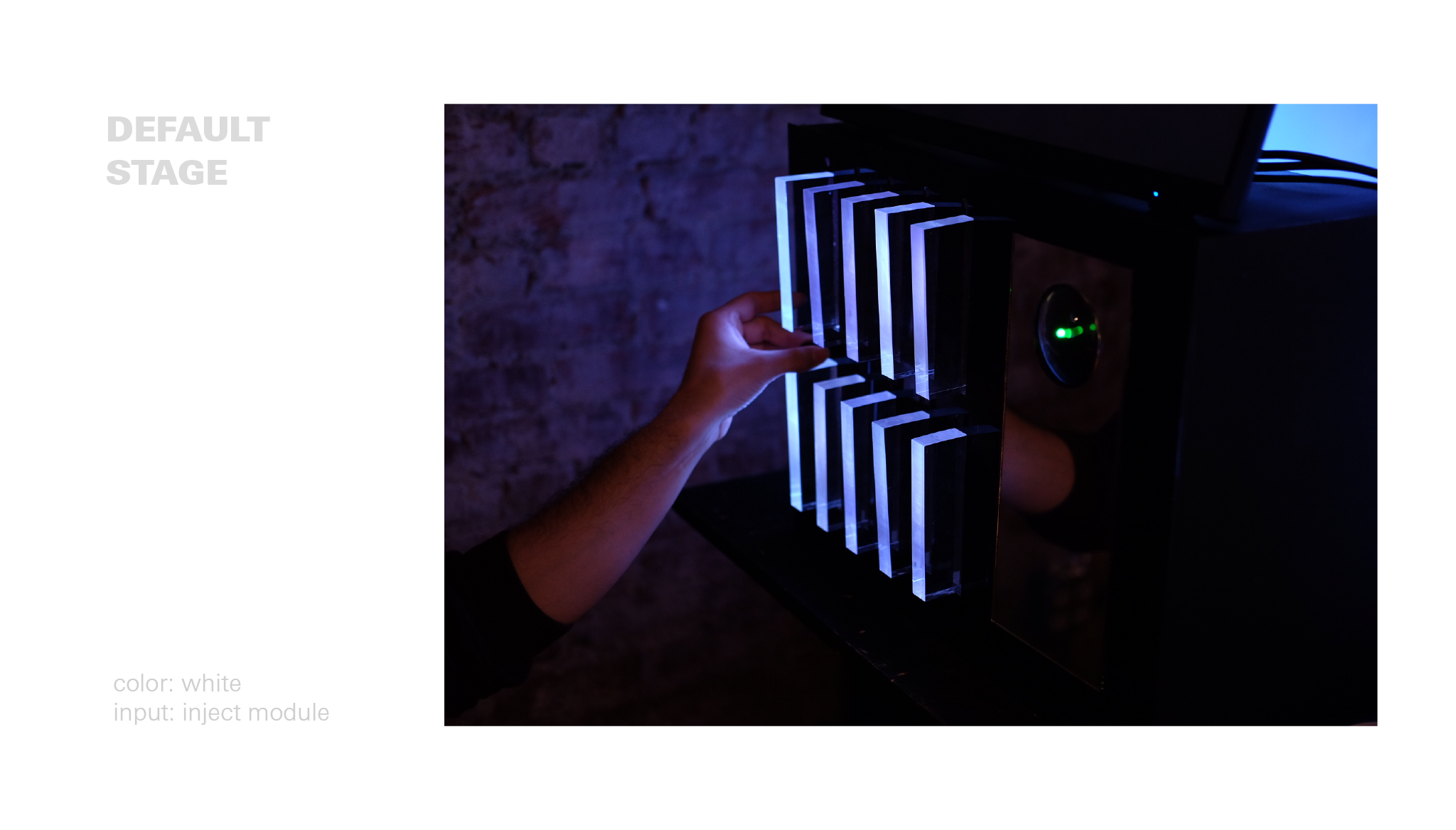 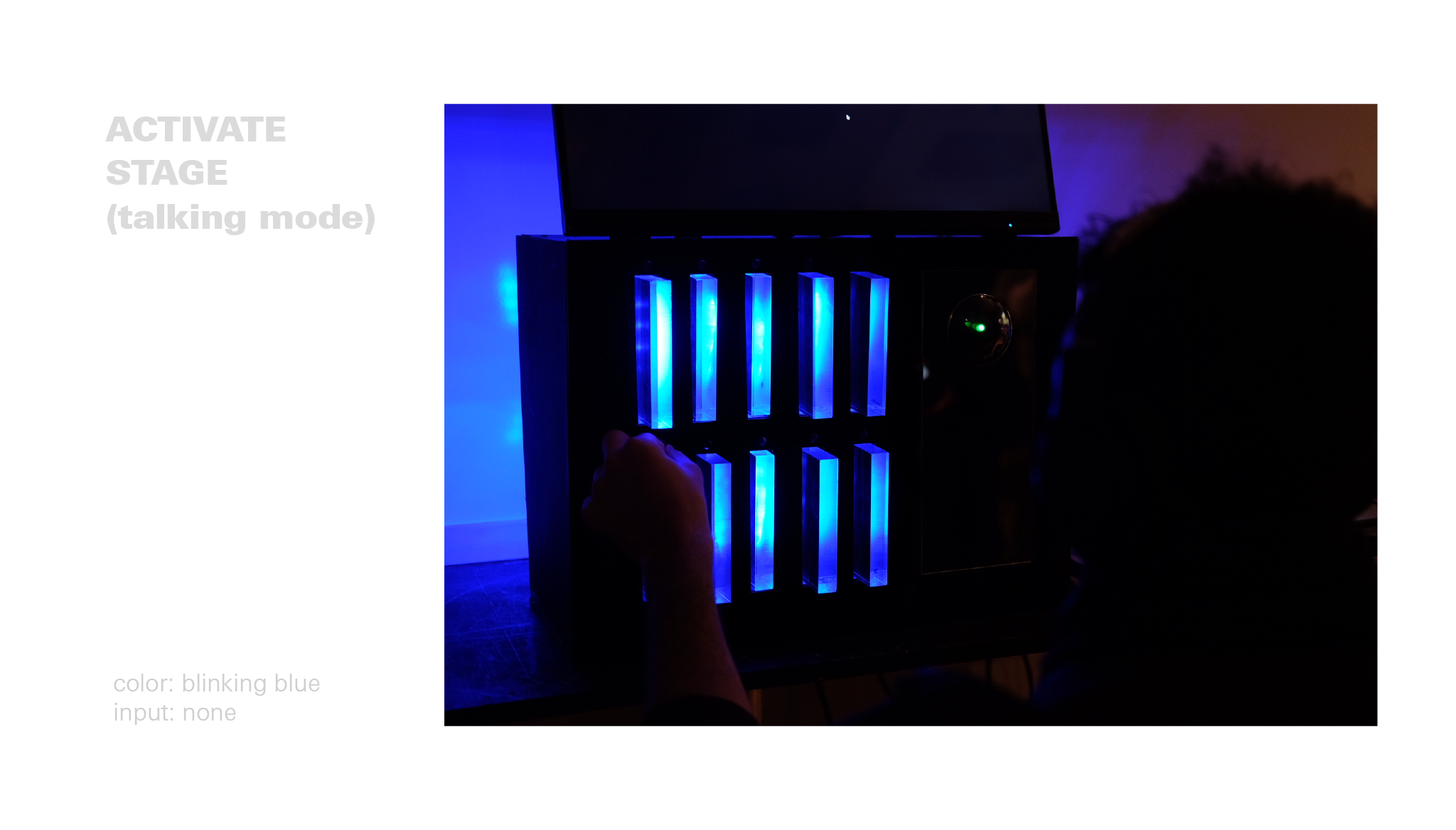 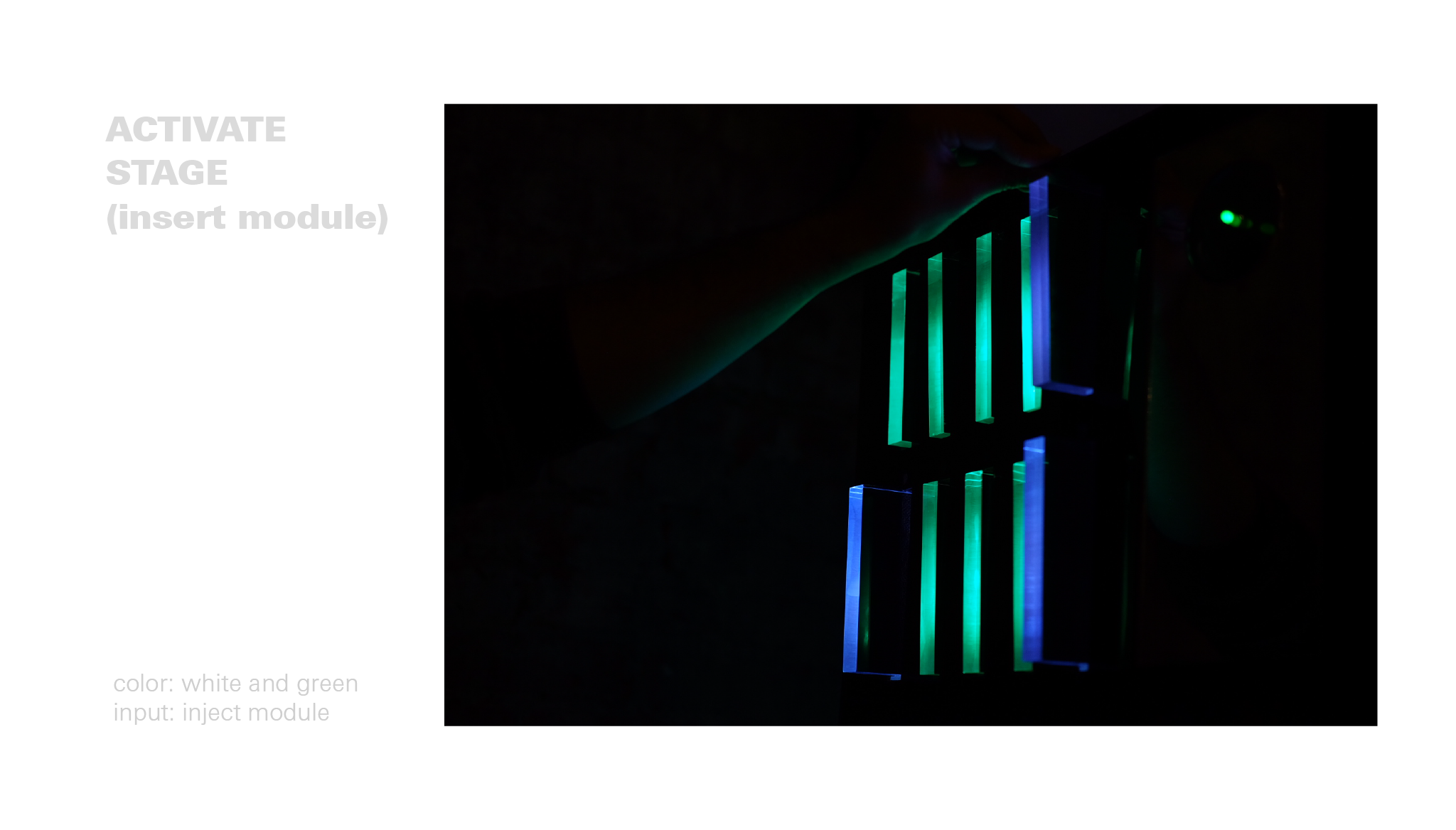 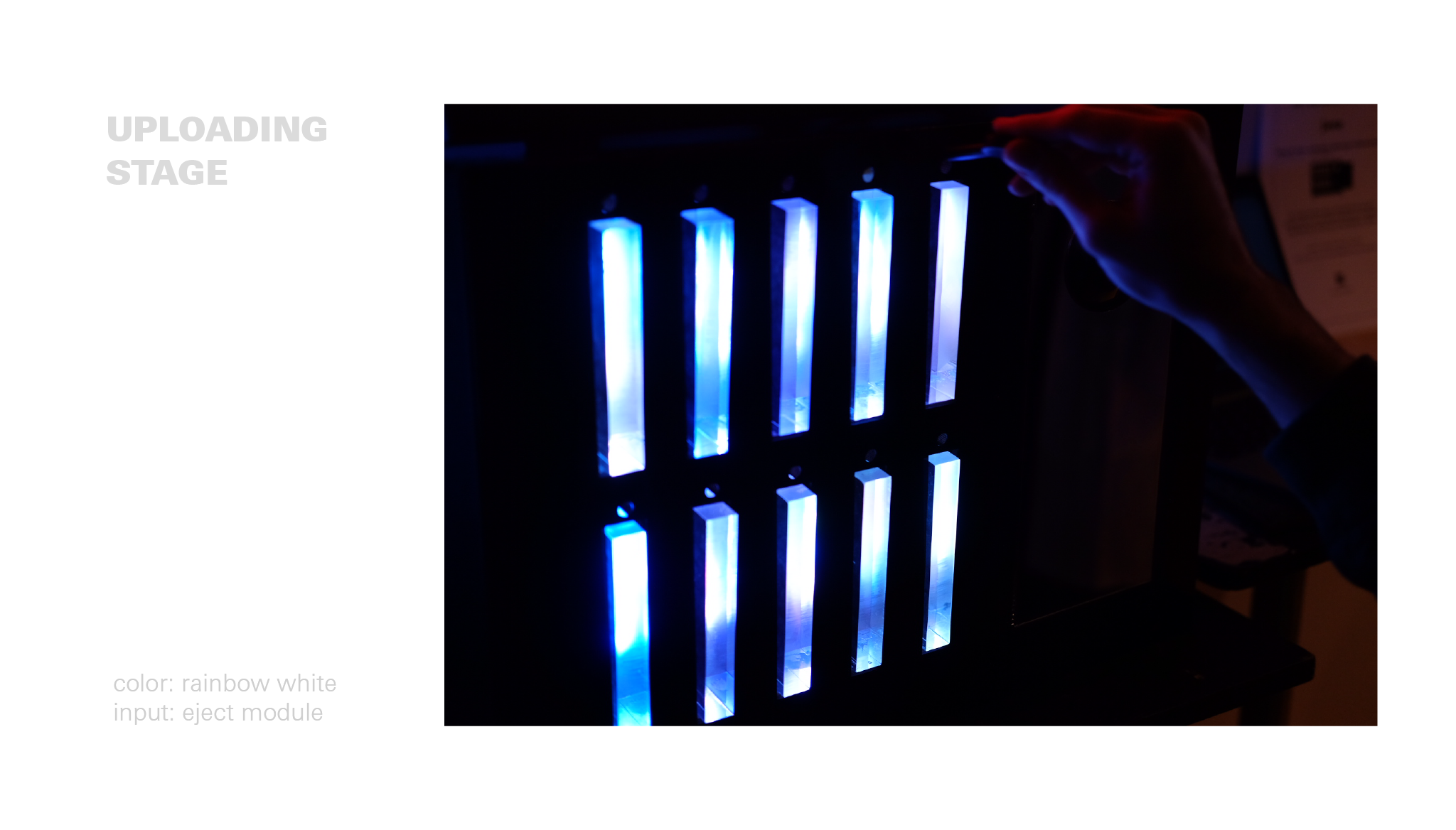 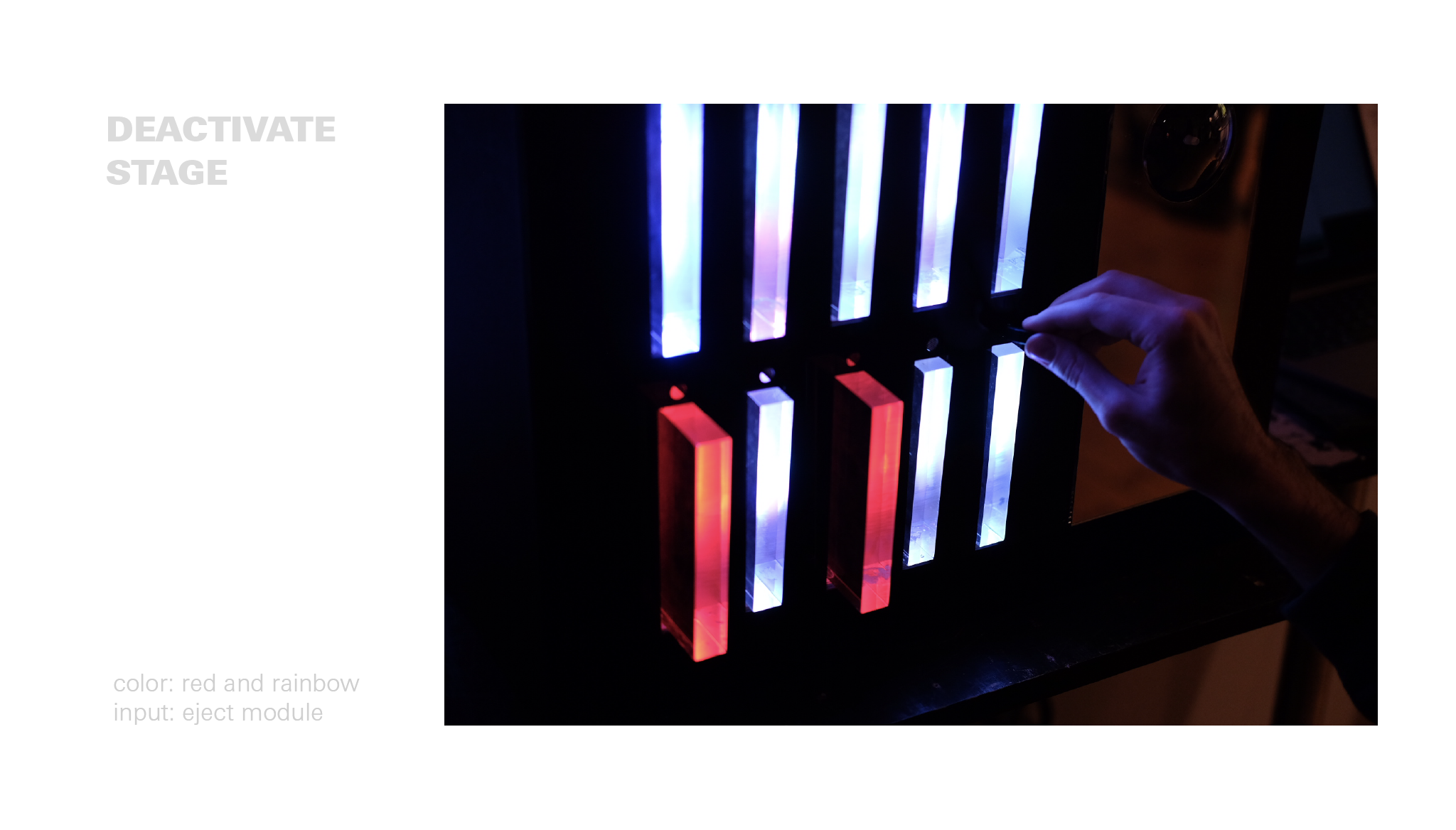 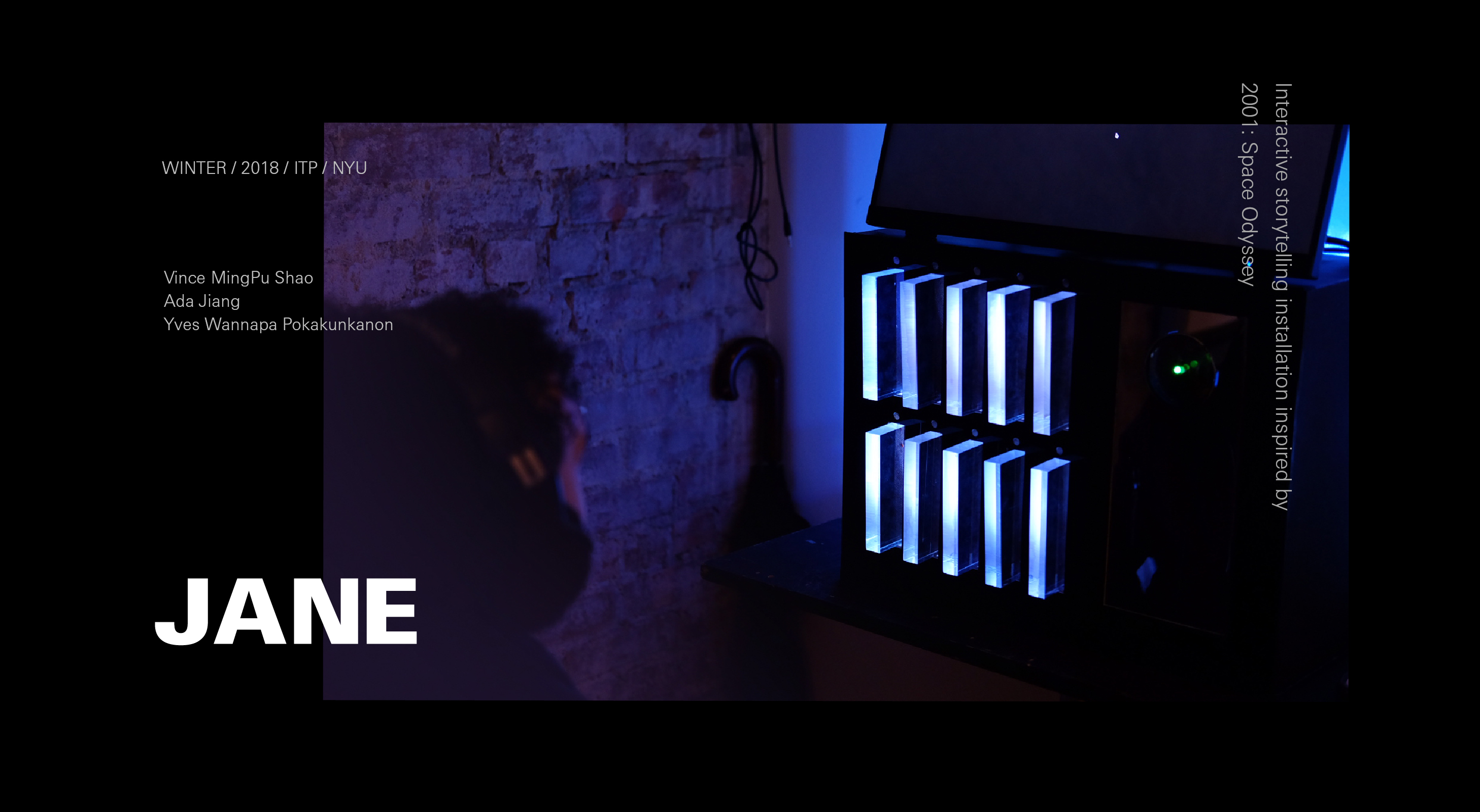