THE MASKS is final project art piece of class Recurring Concepts in Art in ITP NYU. Masks here are medium to explore this fusion between our own identities and the physical and socially constructed properties the mask carries in itself. 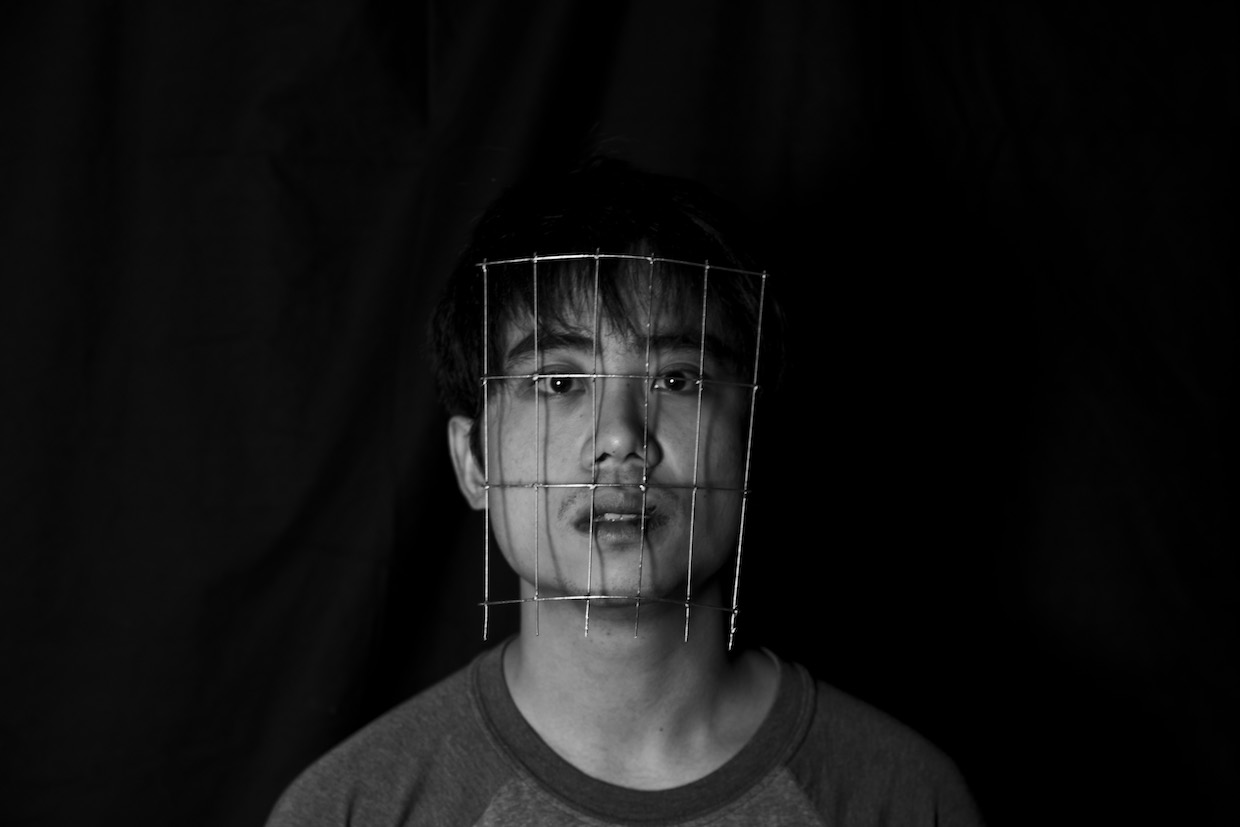 Rui and I use mask as a medium to explore a fusion between our own identities and the physical and socially constructed properties the mask carries in itself. The project is consists of three pieces of mask, each embodies a concept.

The final project of Recurring Concepts in Art was to create a recreation or new iteration of a work that we made in the past. The challenging constraint here was that no contemporary technologies were supposed to be implemented in the final art piece. Me and Rui An decided to distill the core concept of the ReTypography project I created before, and fuse it into format of masks.

We draw our main inspirations from our recent trip to MET. One interesting thing we found was that, you can find artifacts of masks in almost every culture, in every time period.

We believe that this phenomenon is a direct result of our natural desire, to hide or we say protect our true identities from the world. However there is more to the concept of the mask. As the mask not only blocks your face, but also (normally) provides an alternative to that. A mask provides you a possibility to become something or somebody that is totally different thanks to our preconceived connections between face and identity.

The other aspect of inspirations was coming from the previous design project, which was a discussion of the relationship between identity and grid system in graphic design. Grid system could serve as a perfect container for possible disparities, but also exclusion for which. 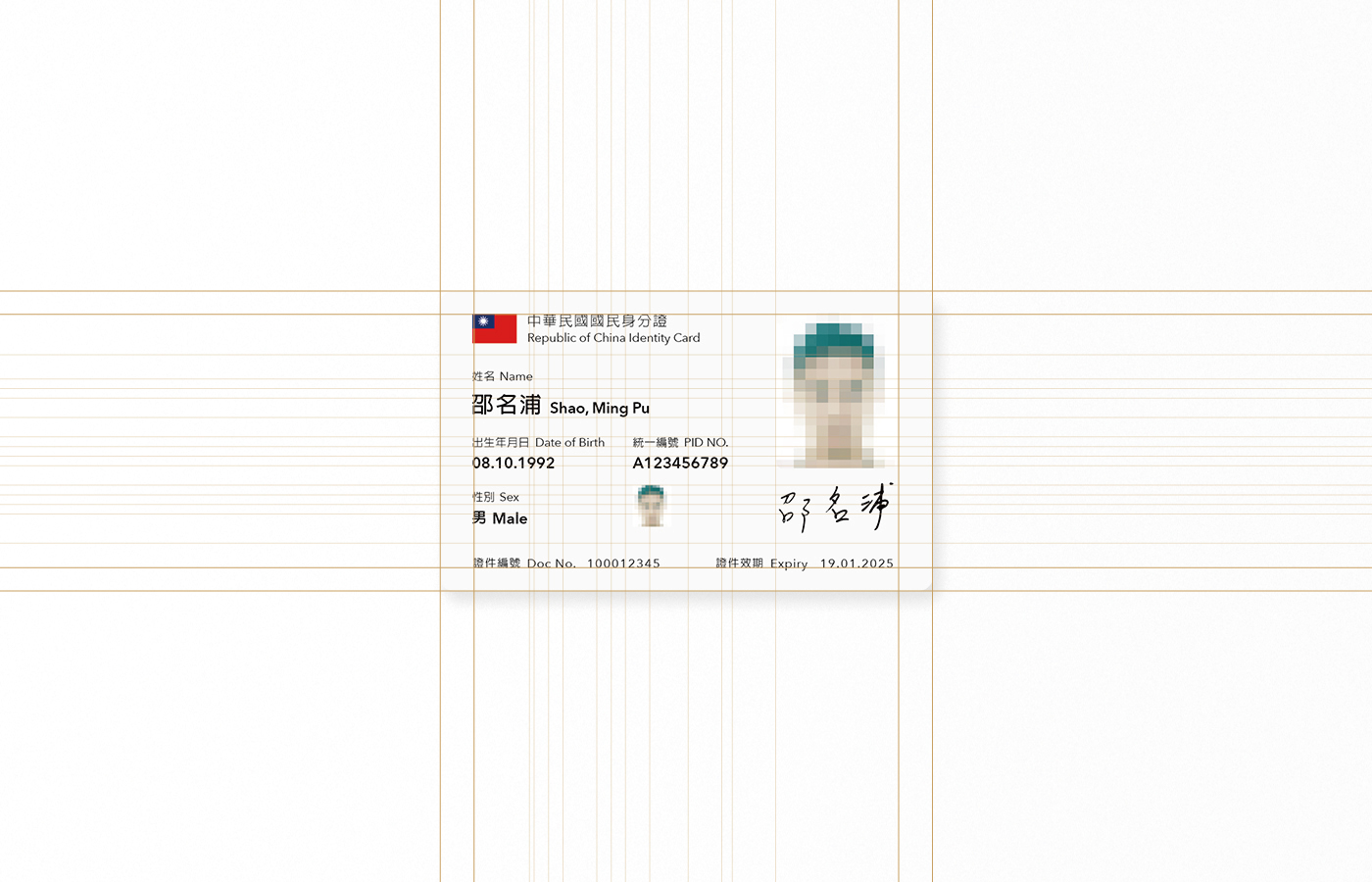 Between two inspirations, we saw one common underlying concept, which is the interaction between individuals and the outside world. Topics about identity, authority, norm, presence and interaction can all be connected and accommodated by masks, which can act as agent of individual and amplifier of difference between which and individual at the same time. 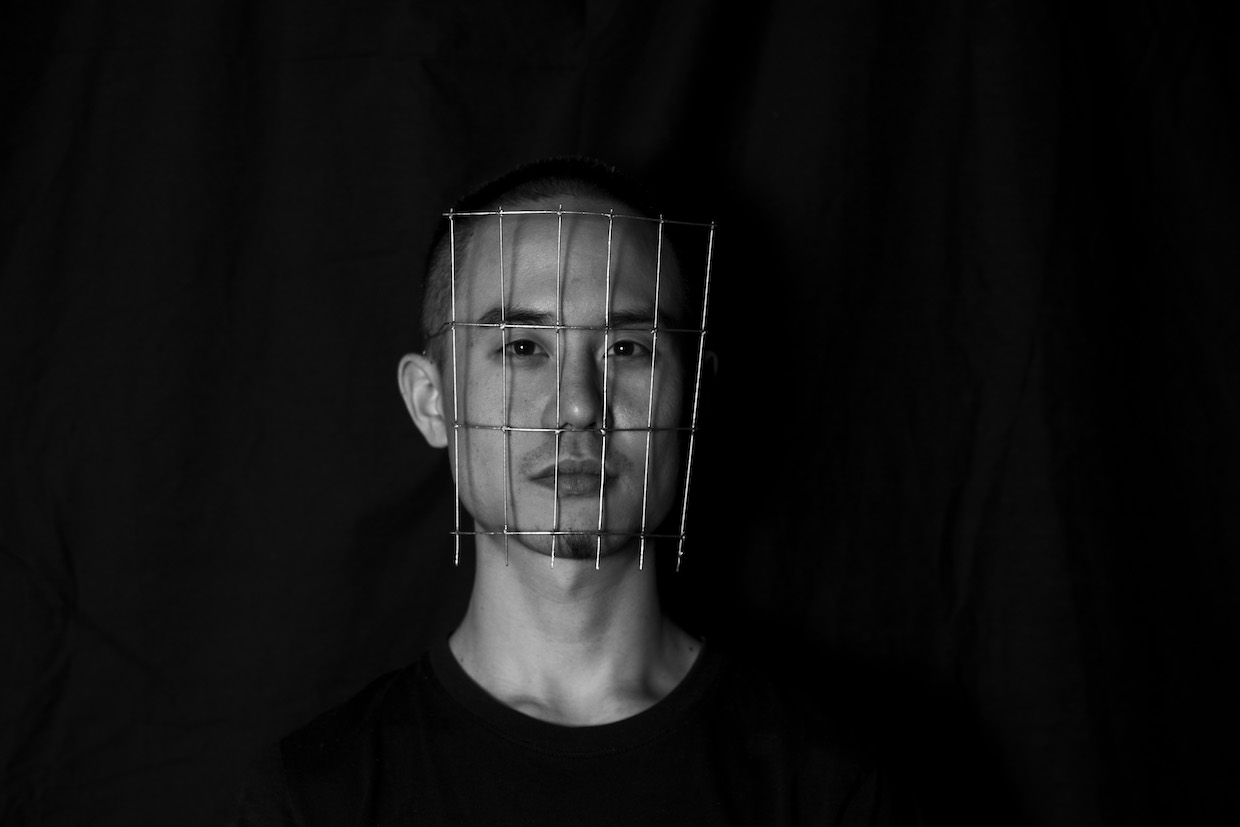 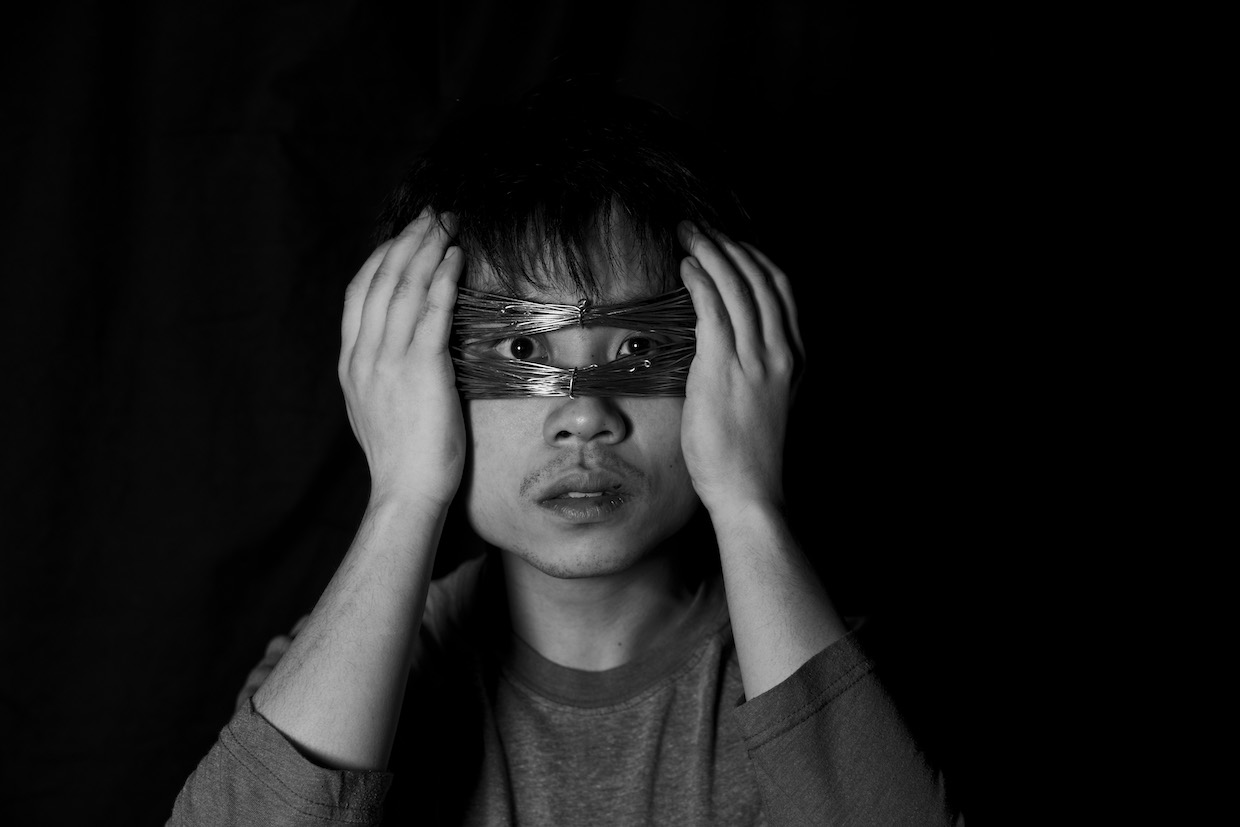 For the second mask, we want to challenge the stereotypes about Asian people have small eyes. 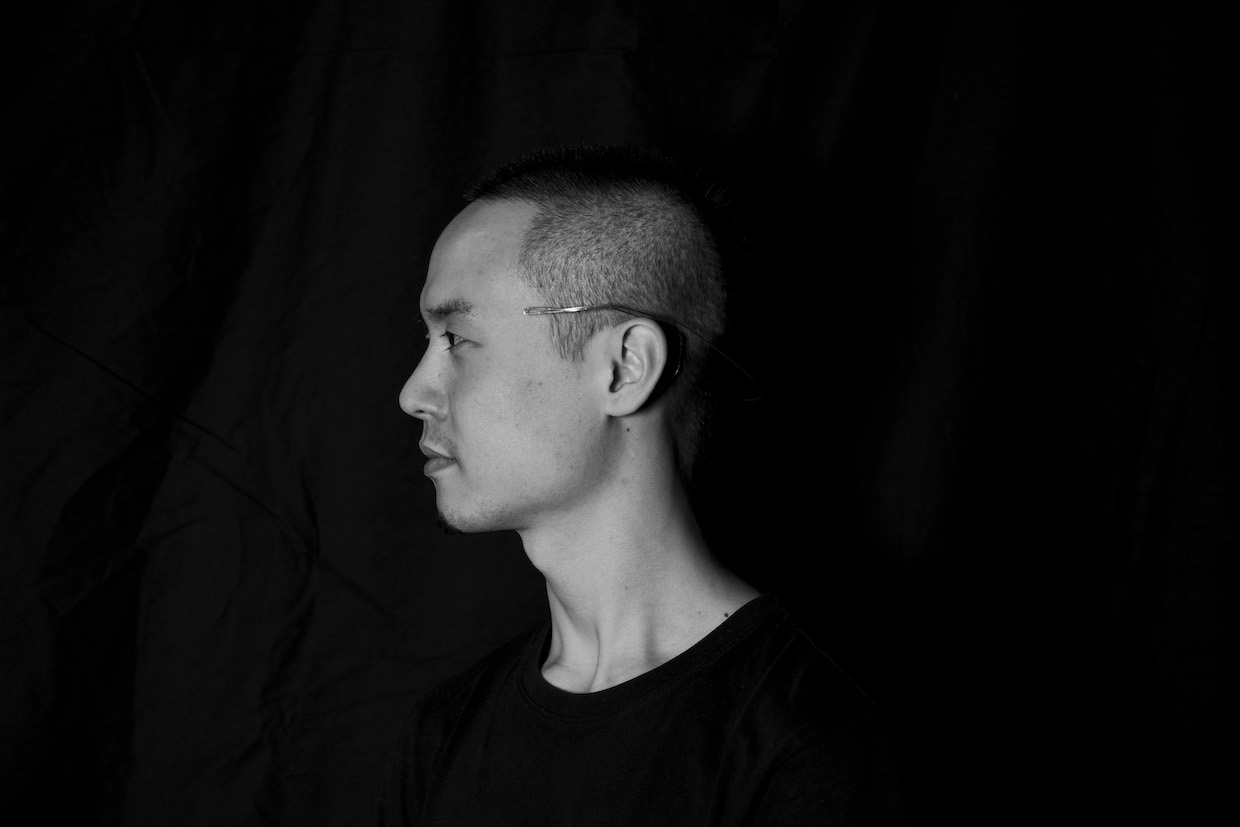 The third “mask”, has nothing blocking wearer’s face. As the ending piece of our project, we want to send the message that nobody should live under the mask of stereotypes.

We had a very efficient and smooth process of creating this series of works. The intention was not to think too much about the crafting details of the pieces, and let the project lead the way. The only blueprint we had before creating the masks was three core concepts of the project and materials. 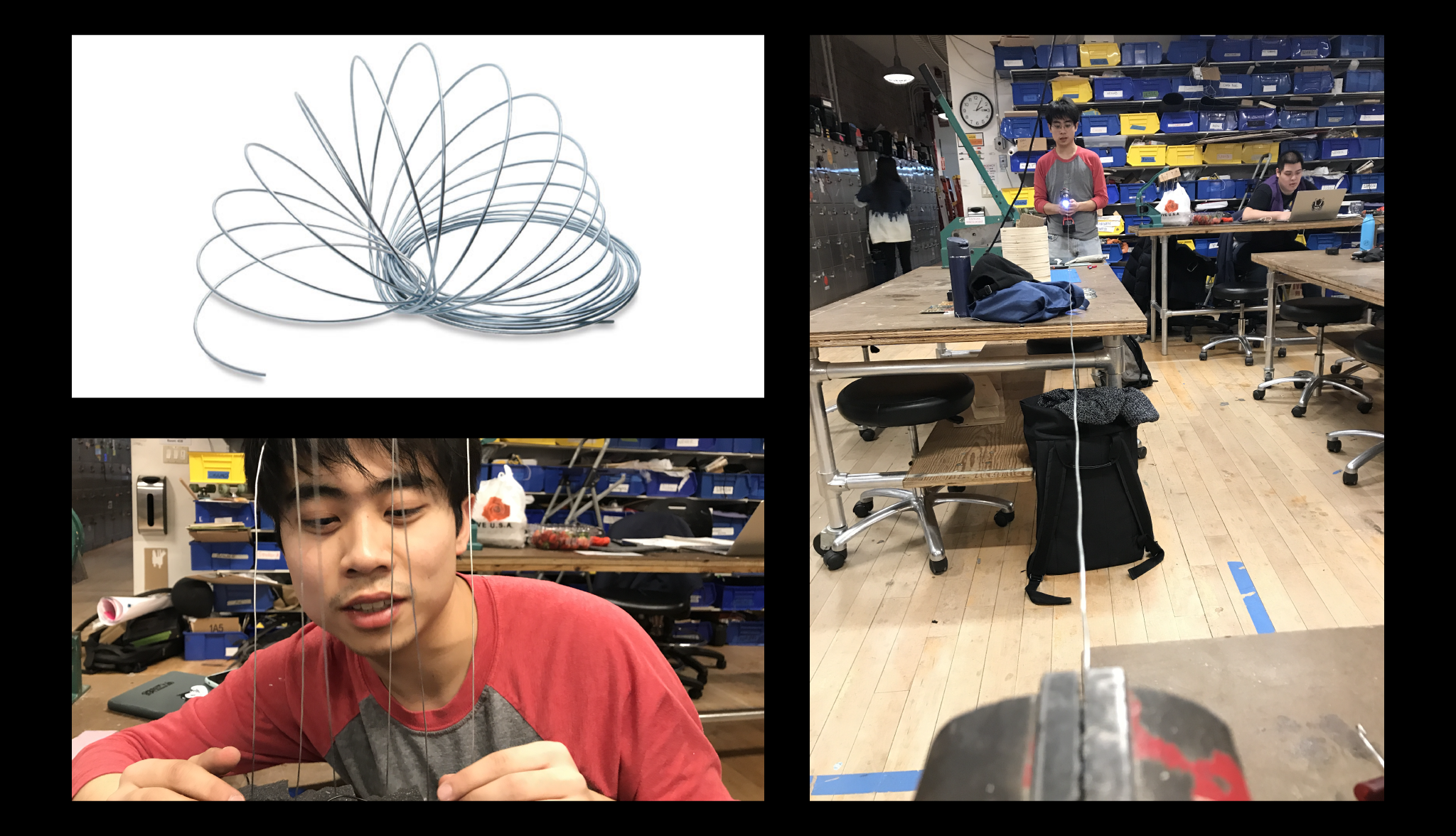 the only material we used was aluminum wire bought from Blick

We enjoyed the process of creating these masks. Shaping the wires to the form we wanted was challenging, because making the wire strait was not as easy as we expected. We had to use drill to straiten the wire and tried to get identical distances between all wires by stabbing them into foam. The result of the grid mask was not perfect in the end, but we did appreciate the hand craft trace on the objects. 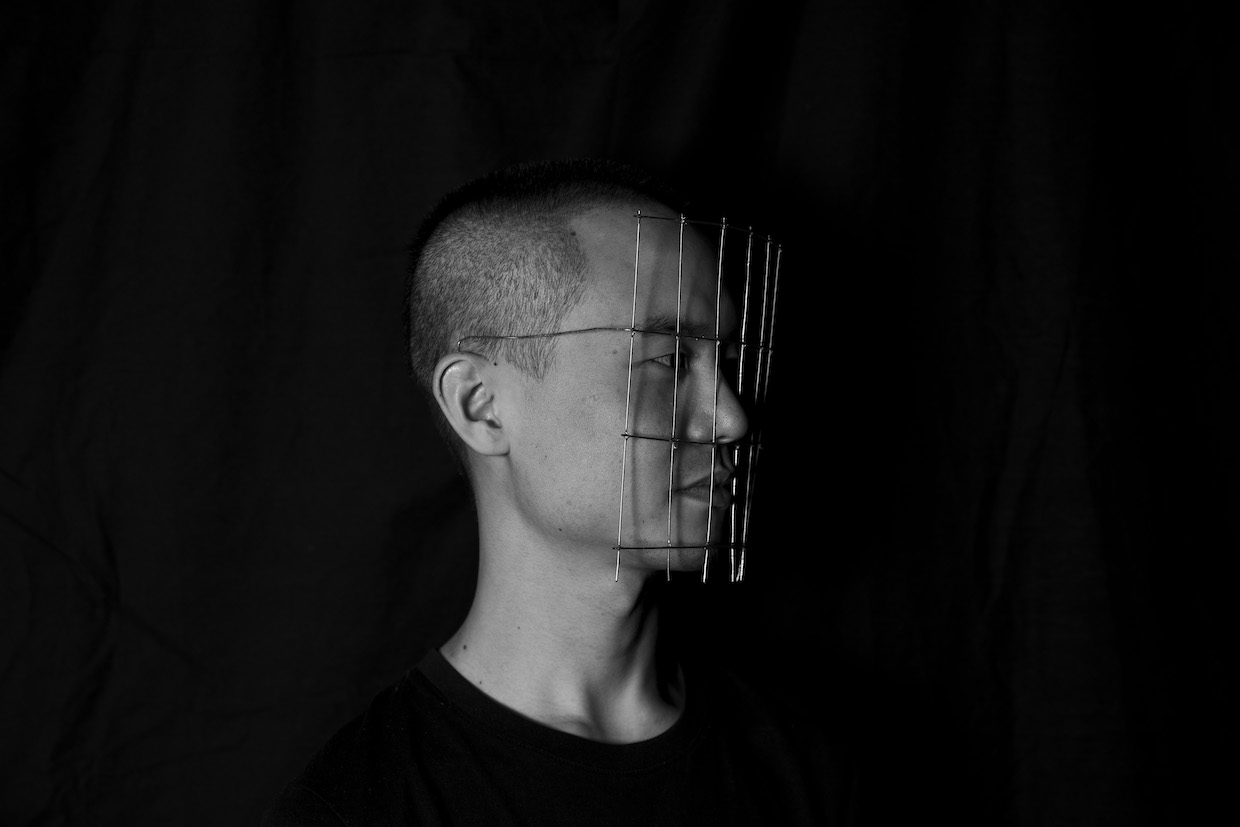